Uncharted is a series of video games based on the Tomb Raider games. It was developed by Naughty Dog, also creator of the licences to successful Crash Banticoot, Jax and Daxter and Last of Us gifted.

Uncharted focuses on the Drake family, particularly Nathan Drake. Nathan is a ready treasure hunter traveling the world braving the dangers physical or metaphysical. Nathan Drake is agile and can do everything like an Indiana Jones. To retrieve an artifact, he does not hesitate to browse the most remote places on the world, Amazon, or the Pacific Islands in the footsteps of the Eldorado or still in the Himalayas in the footsteps of Marco Polo…

The game Uncharted is a Tomb Raider Like or otherwise a mixture of Tomb Raider, Flash Back and Prince of Persia with graphics and scenes of high-flying shares (not far from the Call of Duty of Infinity Ward series)).

Joe Carnahan is a screenwriter, Director, producer.  He was the Director of very friendly "agencies it all risk" (The A-team), writer of "Narc", "update price", "The Grey".

Produced by Sony pictures, Uncharted is scheduled to film during the summer 2018.

Enjoying much the Uncharted video game series (the last episode Uncharted 4 released on PS4 in May last, 2016), expected it as much as the Tomb Raider reboot film. 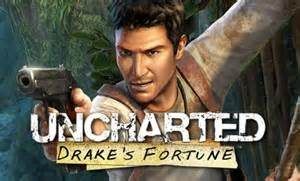