The DC Comics program advances with some enticing trailers revealed at Comic Con in San Diego. We have the pleasure to discover the first images of Justice League. Directed by Snider, Justice League integrated the characters of Batman (Ben Affleck), Flash (Ezra Miller), Wonder Woman (Gal Gadot), Aquaman (Jason Momoa), Cyborg (Ray Fisher) and Superman (Henry Cavill). Superman is absent in this trailer. Justice League promises to be grandiose. It is the direct sequel to Batman Vs Superman and will be released on November 16, 2017.

Yes, we die of forward facing so many promises. 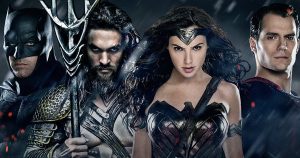